I am so excited to be part of The Midnight Garden's Blog Tour of This Shattered World today! I loved These Broken Stars when I read it last year and I can vouch for the fact that this companion novel is just as brilliant and romantic as its predecessor. If you're even the tiniest fan of science fiction, you'll want to pick up this series for sure!

Today I'll be welcoming the authors of This Shattered World, Amie Kaufman and Meagan Spooner to talk about the world-building in their science fiction realms. If you're a frequent reader of the blog then you'll know that I love nothing more than a well-developed world, especially one grounded in reality, and I thoroughly enjoyed reading what Amie and Meagan had to say about their world-building. I think you will too. :) 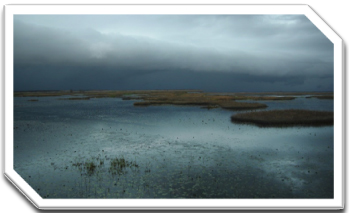 The Starbound trilogy might be set in the future, but it’s grounded solidly in today’s science. We check our science is correct by consulting with physicists, doctors, botanists and others, or we check our science is plausible, if we’re getting creative. Some things (like hyperspace travel) we can’t do yet, but we try to make sure that nothing is scientifically impossible based on what we know right now.

Back when we were drafting These Broken Stars, our editor asked us to put together what we now call the Starbound Encyclopedia. It’s nearly ten thousand words of vital information about the characters and worlds you’ll encounter as you read these books. Here are a few excerpts that will tell you a little bit more about what you’re going to find on Avon in This Shattered World!

Mankind’s first experiments in terraforming took place on Mars in the mid-21st century, but the process did not become viable until after the discovery of faster-than-light travel almost a hundred years later. With the advent of interstellar exploration, the transportation of materials to Mars for terraforming became much cheaper and quicker, and the Mars Company took over from the government-funded scientists. By the time Mars was (barely) habitable, mankind had discovered dozens of other candidates for terraforming outside of our solar system, and had begun to apply the same process to them. These days, Earth is little more than a vast museum of mankind’s history, with environmental stabilizers to prevent complete ecological collapse. Thus far there have been no signs of life elsewhere in the galaxy, intelligent or otherwise… as far as the public record shows.

Avon is a recently terraformed planet, unable to sustain human life without the aid of respirators until only a generation ago. It’s co-owned by NovaCorp and Terra Dynamics. It should be much further along in the process than it is, but for generations the planet has been “stuck” at a particular stage in its development. Much of the planet is infertile swamp land, and the plant life is limited to algae and reeds. Its skies are constantly obscured due to a thick, constant cloud cover shrouding almost the entire planet.

Ten years before the start of This Shattered World, some of the descendants of Avon’s original colonists rose up in rebellion against Terra Dynamics and NovaCorp. Calling themselves the Fianna (Irish for warriors), they were led by a young woman named Orla Cormac. They demanded to know why Avon’s terraforming hadn’t progressed—until the planet becomes self-sufficient, Avon’s colonists are not considered citizens, and have no representation in the Galactic Council. The rebellion was unsuccessful, and Orla was executed for her crimes. The military has had fully-operational bases there ever since, acting as the planet’s police and security force until it becomes self-sufficient enough to have its own local governmental forces. Now, Orla’s little brother, Flynn Cormac, has inherited the rebellion. Unlike his sister, Flynn longs for peace, and hasn’t given up on the idea that there’s a way out for his people that doesn’t involve bloodshed.

Though the locals are unaffected, soldiers posted on Avon succumb to a creeping madness called the Fury, which begins with disturbing dreams and escalates into an outburst of (usually fatal) violence. Most soldiers last only a few months before being reassigned to other planets. Despite numerous studies of the environment by doctors and scientists, no one has been able to determine a cause for this affliction. The only cure, once symptoms begin, is to be transferred off of Avon. 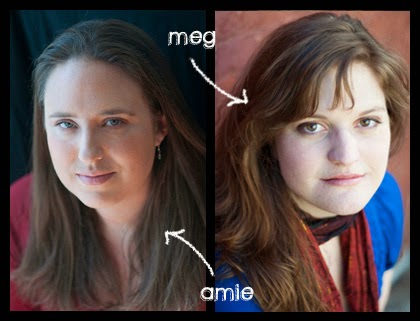 Amie Kaufman and Meagan Spooner are longtime friends and sometime flatmates who have traveled the world (but not yet the galaxy), covering every continent between them. They are sure outer space is only a matter of time. Meagan, who is also the author of the Skylark trilogy, currently lives in Asheville, NC, while Amie lives in Melbourne, Australia. Although they currently live apart, they are united by their love of space opera, road trips, and second breakfasts. 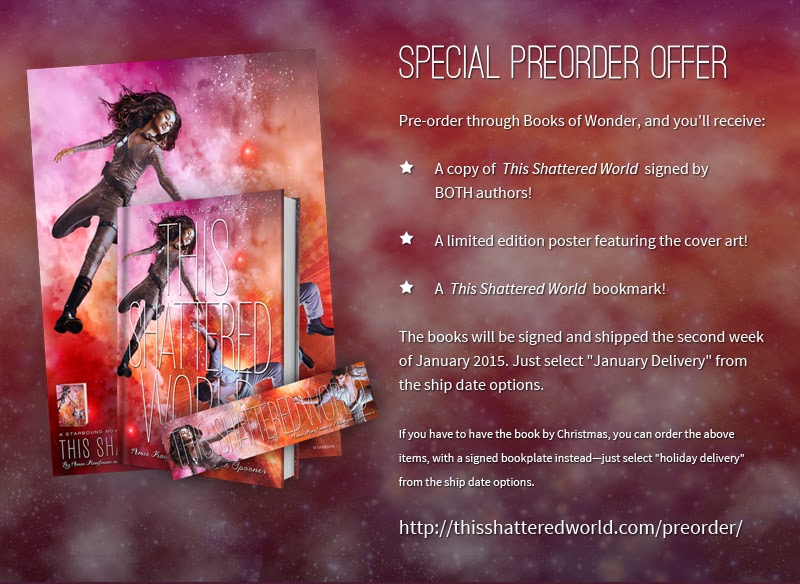 We have some incredibly cool giveaways thanks to the authors and Disney-Hyperion. Not only do we have 5 hardback copies of This Shattered World to give away, but we also have a grand prize that’ll make fans of the series super, super excited!

Grand Prize:
Autographed copies of These Broken Stars and This Shattered World
Starbound Swag
A secret letter from Tarver to Lilac, which you may keep secret for yourself, or may be posted and shared with others
Your choice of coffee with the authors at one of their upcoming U.S. tour stops (locations TBD) OR a Skype chat!

All you have to do is fill out the Rafflecopter form and leave a thoughtful comment below telling us why you’re specifically excited to win this prize! Don’t forget, you may earn additional points by sharing this giveaway on social media and by visiting the other tour stops as well.
a Rafflecopter giveaway

A huuuge shout out to Wendy @ The Midnight Garden for organizing this blog tour and for selecting me to be a part of it. I had a blast, Wendy, so thanks a bunch! If you haven't already, be sure to check them out! :) 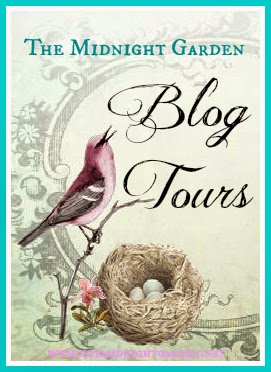 Also, be sure to look out for my review of This Shattered World soon to find out more about these characters, their journey, and, most importantly, their love story!
Posted by Keertana at 12:00 AM