A huge thanks to Jamie at The Perpetual Page Turner for creating this survey! :)

2. Book You Were Excited About & Thought You Were Going To Love More But Didn’t?

Enshadowed by Kelly Creagh. *YAWN* After loving Nevermore I really expected more from this sequel. :/

Small Damages by Beth Kephart. I really do not condone teenage pregnancies, so when I found out that this book - with its gorgeous cover! - was all about one, I really didn't expect to like it. Kephart's prose and beautiful tale, however, gave me a completely new perspective on this issue and made me fall in love with Spain, family, and food all over again.

Unsticky by Sarra Manning & A Curse Dark As Gold by Elizabeth C. Bunce.

I've discovered many fantastic authors this year, but I haven't read enough of their books to determine if they're my favorites yet, like C. K. Kelly Martin whose debut New Adult novel I fell head-over-heels for. I'm a total fangirl of Sarra Manning, though, after this year, as well as Amy Kathleen Ryan.

7. Best book that was out of your comfort zone or was a new genre for you?

I don't read a lot of mystery/thriller novels with unreliable narrators or second-person perspective, but both Stolen by Lucy Christopher and All the Truth That's In Me by Julie Berry were absolutely fantastic and have hooked me into this creepy genre.

All Our Yesterdays by Cristin Terrill read exactly like an action movie, while Sorrow's Knot by Erin Bow was so haunting and captivating I couldn't put it down.

I will definitely be re-visiting Manning's Unsticky as it is such a deep and provocative novel. I can't get it out of my head...seriously. 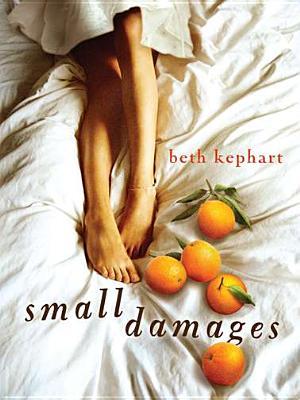 Ugh, why this question? Isn't it obvious I love ALL the characters? Stiefvater's Raven Boys are the most memorable, however, particularly Ronan. And let's not forget Kavinsky! ;)

No and Me by Delphine de Vigan. de Vigan is actually a French writer and her books have been translated into English, hence the reason I could read them, but they are just beautiful.

I don't know how many times I've seen Feeling Sorry for Celia by Jaclyn Moriarty on the shelves of my library since its release in 2002. Way too many times, but I finally got around to reading the series and just LOVE it. Moriarty writes epistolary novels like no one else.

“This is our story to tell. You’d think for all the reading I do, I would have thought about this before, but I haven’t. I’ve never once thought about the interpretative, the story telling aspect of life, of my life. I always felt like I was in a story, yes, but not like I was the author of it, or like I had any say in its telling whatsoever.” ~ The Sky is Everywhere by Jandy Nelson

“Right now I want a word that describes the feeling that you get--a cold sick feeling, deep down inside--when you know something is happening that will change you, and you don't want it to, but you can't stop it. And you know, for the first time, for the very first time, that there will now be a before and an after, a was and a will be. And that you will never again quite be the same person you were." ~ A Northern Light by Jennifer Donnelly

Shortest: A Certain Slant of Light by Laura Whitcomb
Longest: Name of the Wind by Patrick Rothfuss

17. Book That Had A Scene In It That Had You Reeling And Dying To Talk To Somebody About It?

Charm and Strange by Stephanie Kuehn, The Dream Thieves by Maggie Stiefvater, The Bone Season by Samantha Shannon

18. Favorite Relationship From A Book You Read In 2013 (be it romantic, friendship, etc).

Cat & Vai's romance in The Spiritwalker Trilogy by Kate Elliott, Callie's relationship with her father in Where the Stars Still Shine by Trish Doller, and the friendship between Otter, Kestrel, and Cricket in Sorrow's Knot by Erin Bow.

19. Favorite Book You Read in 2013 From An Author You’ve Read Previously

The Dream Thieves by Maggie Stiefvater

20. Best Book You Read In 2013 That You Read Based SOLELY On A Recommendation From Somebody Else:

Aristotle & Dante Discover the Secrets of the Universe by Benjamin Alire Saenz
(Thank you Thomas & Maja!)

I actually read a fair mix of Contemporary YA, Adult Romance (Contemporary + Historical), and Fantasy.

Vai from The Spiritwalker Trilogy & Cathal from Heir to Sevenwaters.

Elliott's The Spiritwalker Trilogy (CLEARLY, everyone needs to read this series because it is the answer to practically every question!)

Nine Rules to Break When Romancing a Rake by Sarah MacLean

Fall for Anything by Courtney Summers & Forgive Me, Leonard Peacock by Matthew Quick

27. Book You Read in 2013 That You Think Got Overlooked This Year Or When It Came Out?

Come See About Me by C. K. Kelly Martin & The Hollow Kingdom by Clare B. Dunkle

Lord of the Changing Winds by Rachel Neumeier

It Felt Like a Kiss by Sarra Manning & We Were Liars by E. Lockhart

The 57 Lives of Alex Wayfare by M. G. Buehrlen
Not only has one of my trusted reviewers read an early copy of this and enjoyed it, but it's being published by Strange Chemistry which nearly always turns up unexpected gems.

4. Series Ending You Are Most Anticipating in 2014?

Flame by Amy Kathleen Ryan, Ruin & Rising by Leigh Bardugo, Dreams of Gods & Monsters by Laini Taylor, Shimmer by Paula Weston, Isla and the Happily Ever After by Stephanie Perkins, Sinner by Maggie Stiefvater

5. One Thing You Hope To Accomplish Or Do In Your Reading/Blogging In 2014?

Attend a book event and meet an author or at least meet another blogger. *fingers crossed*
Posted by Keertana at 12:00 AM