ARC Review: Where the Stars Still Shine by Trish Doller 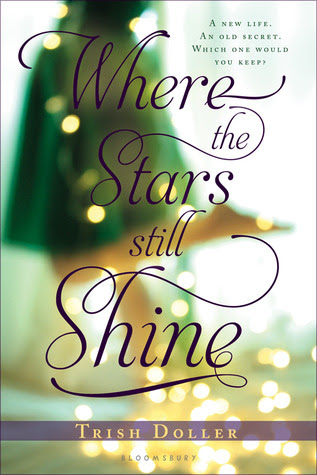 Title: Where the Stars Still Shine


Where the Stars Still Shine is something entirely special. When Doller’s Something Like Normal released last year, I knew I’d found a debut author to watch out for; little did I expect, however, that her sophomore novel would be this beautiful, poignant, and touching. And yet, perhaps the best thing is that no matter what it is that she’s writing, Doller’s passion for her work, her characters, and her settings is all so vivid and seeps through the pages, making her stories fly by in the span of a few short hours and our hearts heal, break, and mend all over again in the process.

In her sophomore novel, Doller veers away from war veterans and tackles on a subject just as raw and painful – abduction, abuse, and self-discovery. Ever since she could remember, Callie has been on the move. When her mother made the decision to run away from her husband, taking young Callie with her, her daughter was forced to follow her from place to place, never stopping long enough to make friends to attend school. And yet, in those years Callie learned to be wary of her beauty, of the unwanted attention it gave her. When Callie’s mother finally gets caught, Callie is sent to live with her father, Greg, now re-married with two young sons. Now, in a small town, Callie is re-discovering her Greek roots, finding a family that loves her, and even making friends. If only her mother will let her stay…

I won’t lie - Where the Stars Still Shine seems deceptively similar to countless stories all featuring a rocky mother-daughter relationship or step-parent; but it isn’t. From the beginning itself, Callie is an endearing protagonist, one whose loss and life-like characteristics set her apart from any previous heroines we might associate her with. When Callie arrives back home, not only is she surprised by the attention she receives from her family, but she’s surprised that the boys she meets actually want to take her out on a date and treat her right. It was at this point that my heart went out to her. No matter how many times I rant and rage about the sexual stereotypes, stigmas, and injustices of the world, the fact remains that I have never met a guy who has seen me as an object to be used and then discarded. For Callie, this is an entirely new revelation and as she comes to see her self-worth, my heart gradually began to mend itself as well.

One of the most impressive aspects of this novel, for me at any rate, was how closely linked Callie’s growth was to her own sexual desires. From a young age, Callie has never been treated well by men, leered at for her beauty and molested by her mother’s boyfriends. As such, sex has never been an act of pleasure for her. Yet, as Callie grows closer to people in her town, particularly Alex Kostas, the utterly swoon-worthy sponge-diver, she learns that sex is not an act of diminishing power, but rather empowerment. It is a truly remarkable moment to see Callie gain confidence in herself through the satisfaction she can gain from sex and though this is only a stepping stone in her growth, it is prevalent. Furthermore, Callie’s entire romance with Alex is sweet, believable, and bittersweet. It not only helps Callie, but also helps Alex for he too is a three-dimensional character, filling the page with his emotions just as much as Callie does. Together, these two are quite the pair and yet, my favorite aspect of their love story is its realistic conclusion. It broke my heart, but I left satisfied and hopeful as well.

And still, this book just keeps shining. Greg is the type of kind and caring father I’ve dreamed about throughout my childhood; the guy who understands and listens but is also upfront and honest and doesn’t shy away from showing affection. While his relationship with Callie went through its ups-and-downs, it progressed in a touching manner, both slightly awkward and hopeful of their future together. And, really, Callie’s relationships are this realistic and tight with nearly all the characters in the book, from her best friend to her grandmother to her step-brothers and even her step-mother. Callie’s own mother, of course, is still present throughout the book and Callie’s gradual emancipation from her mother’s grasp, her independence at choosing her life and finding her hobbies…they all come together beautifully by the end. I promise you, you cannot go wrong with this gem. If Trish Doller doesn’t make you at least tear up once, then you’re reading the wrong book. And, perhaps best of all, this book gives you hope that this genre does really have so much more to offer. It’s still shining, maybe not as bright as this book, but still there.
Posted by Keertana at 12:00 AM