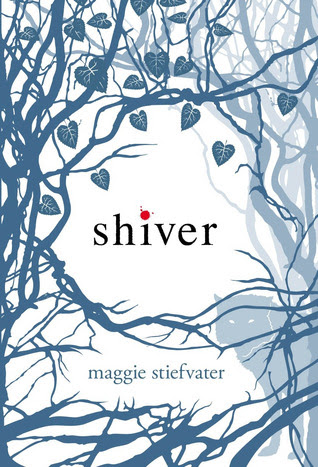 With Stiefvater's The Dream Thieves releasing in less than a month, I've been slowly re-reading The Raven Boys and have, quite suddenly, realized something: Stiefvater's novels improve, tremendously, upon re-read. When I picked up Shiver last year, fresh from loving both The Scorpio Races and The Raven Boys, I was skeptical that my luck had run out. And yet, last night, when I was gripped with the urge to re-visit the novel I had abandoned half-way through just a year ago, I knew I had to act on it. And am I glad I did.

Shiver is most definitely not a novel for everyone. In fact, I am in a rare position to claim that I can understand both sides of the coin, and perfectly. Last year, Shiver drew me in with its prose, but little else appealed to me. Grace and Sam's romance seemed too quick and flimsy, Grace's missing parents seemed too convenient, and the sweetness of the love story made me flinch. However, upon a closer - slower - re-read, I've come to realize that, against all odds, everything in this book works. It adds up and, like all Stiefvater's novels, is a rare and beautiful piece of fiction.

First and foremost, let me address the issue of the romance to quickly get it out of the way. Grace and Sam have, inadvertently, rescued each other six years ago without truly realizing it. Sam prevents his pack from killing Grace when she is dragged away into the woods and Grace forces Sam to recognize his humanity, deep within his bestial self. For six years, these two watch each other from the safe distance of trees and behind glass. Until, that is, Jack Culpeper is killed and in a rush to destroy the wolves, Sam is shot and turns up bleeding on Grace's back porch.

From the surface, Grace and Sam's relationship escalates very quickly from this moment on. After treating Sam in the hospital, he returns home with Grace, living with her and sleeping in her bed without her parents even realizing. Yet, what was invisible to me the first time I picked up this volume was the glaringly obvious factor that Grace and Sam have known each other for six years. Maybe not as boy and girl, but their knowledge of each other was based on something far more important: trust. Grace trusts Sam and Sam trusts Grace. Furthermore, they both recognize that they are obsessed with one another, but it's a pull they cannot resist. And, best of all, although their relationship is peppered with kisses, it slowly develops with honest dialogue.

Additionally, Grace's parents are an intriguing set of characters on their own. Sam describes them as being almost like college students who found a baby on their doorstep, and in many ways, they are. It's not uncommon for two self-centered individuals to raise a child. Grace is fiercely independent and many of her personality traits and flaws stem from her upbringing. Is it convenient? Certainly, but Stiefvater doesn't hesitate to address the issue nevertheless. Moreover, Grace does have an existence beyond Sam. Although her friends only truly come into play during the last third of the story, I felt as if her introverted nature and the acknowledgement that her relationship with her friends was slowly changing and growing apart was more than enough to make this a believable part of the tale.

Nevertheless, what made me love this novel so much more on my second read of it was the language and lore that Stiefvater has written. If you’ve read anything by Stiefvater before, then you’ll know what I mean when I say her words have the power to transport. Not only are they lyrical and lush, but they build her world in front of your eyes. I had to stay swathed in blankets while I read this, despite the hot summer sun directly outside. Even better, though, Stiefvater’s depiction of werewolves is far different from most and her exploration of their battle between humanity and wilderness was stunning. I felt the desperation of both Sam and Grace to keep their relationship intact with such a looming impediment in front of them and with such a heady rush of emotion, I was hard-pressed not to love this one.

I won’t deny the fact that Shiver has its flaws, but it was a story that became all too real for me while I read it. While the dual narration works perfectly in terms of the plot, there is no denying that, at times, it can be hard to distinguish Sam from Grace. Thus, I will not say that Shiver is a perfect novel. Nevertheless, this love story grew on me as the novel wore on. Will Sam and Grace’s romance win out over the course of time? Who knows, but they deserve the chance to try. For me, Shiver works perfectly as a stand-alone. I will admit to being terrified of what the sequel with bring, not to mention the conclusion which has received more than its fair share of mixed reviews, but I think it’s safe to say that I am hooked onto these books now. Stiefvater has become one of my favorite authors over the past year and while Shiver isn’t anywhere near as good as The Scorpio Races, it’s rather brilliant anyhow.
Posted by Keertana at 12:00 AM