Review: On the Island by Tracey Garvis-Graves 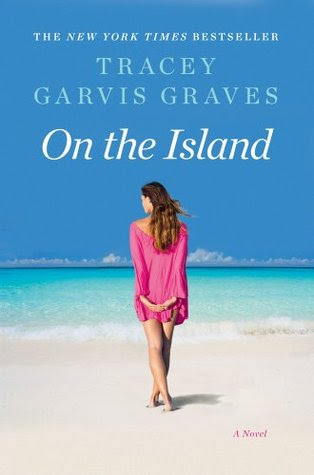 Title: On the Island

On the Island is a novel I finished with one thought: "why the hype?" Sure, it's a great love story, well-written, and keeps you flipping the pages, but does it really deserve all the hype it has gotten since its release? I don't think so; I've certainly read more profound and deep romance novels before and while I certainly feel as if On the Island offers something new to this rather - admit it - formulaic genre, it wasn't anything mind-blowing in the least. Nevertheless, there is something to be said of a novel that takes hold of you and doesn't let you set it down until you're finished with it and while I may not love On the Island, I thoroughly enjoyed immersing myself in the lives of these three-dimensional characters that Garvis-Graves has created.

Anna, a thirty-year-old English school teacher, and T.J., a sixteen-year-old cancer survivor, are on their way to a summer of learning where T.J. will (hopefully!) catch up on the academic education he missed while being treated for his cancer. When their pilot suffers a heart attack, however, their plane lands and now the two are stranded on a beach, alone and without any means of survival. Against all odds, however, these two do survive - for three years in fact. While the first-half of this novel, the survival story part, wasn't overly impressive to me, the second-half detailing Anna and T.J.'s slow return to human civilization and their difficulties in coping with a relationship with such a huge age gap in-between them, certainly was.

You see, the first-half of this story requires a certain suspension of belief on the readers part. For me, at least, survival novels or programs always have a quality of unreality about them as often times, I can't fully grasp that something that bizarre could really happen - or that humans could survive through all that. Thus, some of the events in the first-half of this novel seemed a little too convenient or implausible, but that might just be me. It was still an extremely engaging first-half, even though I wasn't completely on board with romance either. It is a slow-developing type of love story, which I normally enjoy, but I felt somehow detached from this one. Perhaps it was the fact that this love story started out as lust; T.J. is a growing teen and when a grown, attractive woman is parading around in her bikini in a hot island, he is bound to want her. Similarly, a woman who has been estranged from civilization for three years and sees a boy grow into an attractive man in front of her eyes is going to want him too. Thus, their love story seemed to breed out of circumstance and physical attraction and while these two certainly did understand each other, I never felt as if it was one of those "meant to be" or truly fated romance. After all, when two people only have each other for three years, love is, once again, just bound to happen.

It was only when T.J. and Anna finally were rescued and forced to acknowledge their relationship in the face of society and its norms that I finally grew to love these two as a couple. While their interactions on the island were forced since they only had each other to rely on, the steady manner in which they both made an effort to make their relationship work outside of necessity, since they did truly love each other, completely won me over. It was all very realistically portrayed, with Anna having to deal with potentially never being hired as a teacher again, T.J. having to catch up on his education and find a job, Anna wanting to start a family since she was gradually getting older and older, T.J. trying to discover himself all over again...it was all achingly real and the age gap between these two made this novel one that readers of varied ages will be able to relate to on a very personal level.

Thus, while I wouldn't call On the Island an excellent survival story - because I have read better, although the survival aspects of this were remarkable feats to endure - I will admit that it is a worth-while love story. T.J. and Anna face so many hurdles in their relationship and to see them work over it, come to understand each other, give each other space, etc., was heart-warming. More than anything else, it was that that eventually made me fall in love with this story. Although I don't believe On the Island is quite as impressive as much of the hype suggests, I do think it's a romance all contemporary fans should read, simply because it is so different from anything else out there and its characters feel so very real. Garvis-Graves has another novel ready for publication this summer and while I may not be the first person in line to get my hands on it, I'm already looking forward to seeing what she comes up with next.
Posted by Keertana at 12:00 AM